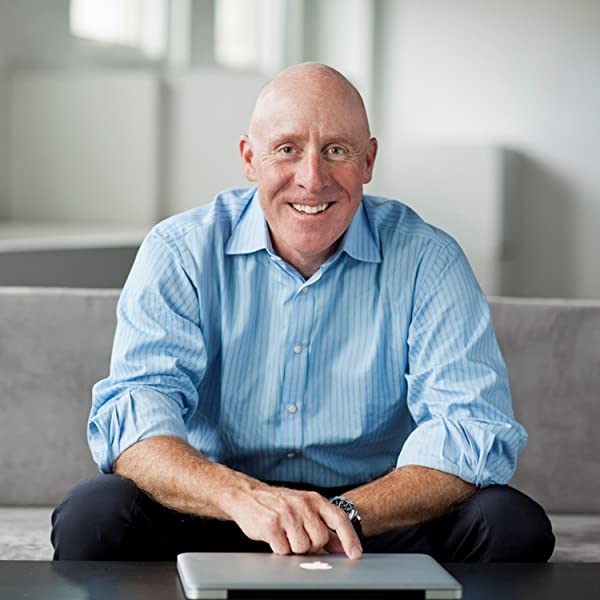 Dan Weinfurter is a builder of businesses. As an author, motivational speaker, and serial entrepreneur, he brings more than 25 years of wisdom and experience creating successful companies with him wherever he goes – from lectern to board room. Dan excels at helping companies achieve more rapid organizational growth by focusing on improving the sales process. He firmly believes that investing time and effort to improving effectiveness by recruiting the right people for critical roles, and coaching a superior team that is aligned, engaged, and committed to success will pay big dividends. As the founder and CEO of three private equity-backed businesses, Dan has provided consulting and interim management to a variety of startups and large public companies. His favorite phrase is “grow or die.”

Dan Weinfurter is currently a Director for Mentor Group UK, running all North American operations. Mentor is a global technology-enabled services firm that delivers solutions that produce dramatic improvements in sales productivity and revenue growth. This is done through a DNA/Blueprint methodology that reviews, designs, and integrates technology, process, and people solutions within the leadership, enablement, sales, operations, and marketing communities of our clients. The result across these foundational areas of a business are productivity gains that are measurable, sustainable, and exponential.

Prior to running Mentor Group UK, Dan was the Founder and CEO of GrowthPlay, LLC, an integrated sales effectiveness services business. GrowthPlay grew rapidly from a start-up in 2014 to 140 people in six physical offices by 2017. The company provides a holistic suite of sales effectiveness solutions that helps their clients deliver more consistent execution of the business strategy at the point of sale. GrowthPlay’s rapid growth catapulted the Company to #22 on the 2017 Inc. 500 list of the Fastest-Growing Private Companies and achieving the #1 overall ranking in the Business Products and Services category.

Prior to forming GrowthPlay, Dan was the co-founder and CEO of Capital H Group, LLC. He formed the company after founding and launching Parson Group, LLC, an international firm that focused on providing consulting services for the finance, accounting, and business systems areas of large organizations. Parson Group grew rapidly from its start-up in 1995 to be ranked #1 on the Inc. Magazine 500 in October of 2000. Before forming Parson Group, Dan was the number two executive for Alternative Resources Corporation (ARC). He joined ARC during his second year of business as head of field sales and operations and was responsible for organic expansion that grew revenues from less than $3 million dollars in 1989 to over $100 million in 1994. ARC became a public company in May 1994 and became the 2nd best-performing IPO on NASDAQ for that year.

Dan started his career at General Electric, where he entered the sales training program as a recent college graduate. During his eight years with GE, he served in a variety of sales and management roles in four different US cities.

Dan received a BS and MBA from Marquette University. He has served as Director of Brill Street + Company, Direct Fit Inc., TalentDrive, Corporate Technology Communications, ThermoFluids, Inc., and CPRi. Dan was also the Chairman of the President’s Advisory Council for the YWCA of Chicago and a mentor with the Clinton Foundation’s Institute for Entrepreneurial Excellence.
His book, Second Stage Entrepreneurship: Ten Proven Strategies for Driving Aggressive Growth is a useful guide for any entrepreneur making the transition from start-up to sustainable growth. It was published in late 2013 by Macmillan/Palgrave.

Dan is widowed with two grown daughters. He lives in Southern California and splits his time between Chicago, Illinois, Belgium, Wisconsin, and Delray Beach, Florida. When he’s not traveling and working, you might find him on his bicycle, riding up and down the Chicago lakefront, coasting along the Pacific Ocean, cruising on AIA in South Florida, or pedaling through the tranquil Wisconsin countryside.